As it’s been some time since I last submitted for your amusement various illustrious quotes, I thought I’d showcase the seventh in a series of various worth-remembering “sayings” which I find interesting and inspiring, and, hopefully, you will, too.

Mostly excerpted from the newsletter “Smart Brief” from the American Advertising Federation, these quotes are usually from a member of the Advertising Hall of Fame but not all. 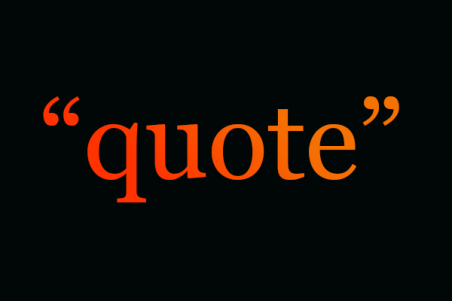 61. All of us who professionally use the mass media are the shapers of society. We can vulgarize that society. We can brutalize it. Or we can help lift it onto a higher level.

63. When a client comes to us with a product, he is, in effect, giving us a problem to be solved. … Some of the biggest advertising mistakes are people who imagine they know what the problem is, or they’re not even thinking about; they’re just coming up with that brilliant idea and trying to force the problem to fit it.

64. In good times, people want to advertise; in bad times, they have to. (Note: Doesn’t mean they realize this, however.)

67. I am one who believes that one of the greatest dangers of advertising is not that of misleading people, but that of boring them to death.

68. We simply cannot allow the First Amendment to be legislated away. If we ever compromise, we’ve sold out the industry’s future and made fools of those who shaped its past.

69. A successful man is one who can lay a firm foundation with the bricks others have thrown at him.

70. Nothing comes merely by thinking about it.

Got a favorite? Lemme know.