It’s back. Friday Fun Quotes. Sorry we’ve been away for awhile but other priorities surfaced and we’re just now trying to get back into the swing of things.

Searching through the online Quote Bag, some of the gems I found are listed below. They are a variety of ad-related and TV-related quotes from some very significant folks in our culture such as David Ogilvy, Rod Serling, Steve Jobs, and Van Gogh.

So, without further ado, enjoy!

If you’re trying to persuade people to do something, or buy something, it seems to me you should use their language, the language they use every day, and the language in which they think. We try to write in the vernacular. David Ogilvy, member, Advertising Hall of Fame

Great designers seldom make great advertising men, because they get overcome by the beauty of the picture – and forget that merchandise must be sold. James Randolph Adams, member,                       Advertising Hall of Fame

Our current obsession with creativity is the result of our continued striving for immortality in an era when most people no longer believe in an after-life. Arianna Huffington

I want to put a ding in the universe. Steve Jobs

‘something like the colour of a really dusty potato, unpeeled of course’. Van Gogh painted in earth tones. He wanted to show that they ‘have tilled the earth themselves with these hands they are putting in the dish, and that they have thus honestly earned their food’.

We don’t grow unless we take risks. Any successful company is riddled with failures. James E. Burke, member, Advertising Hall of Fame 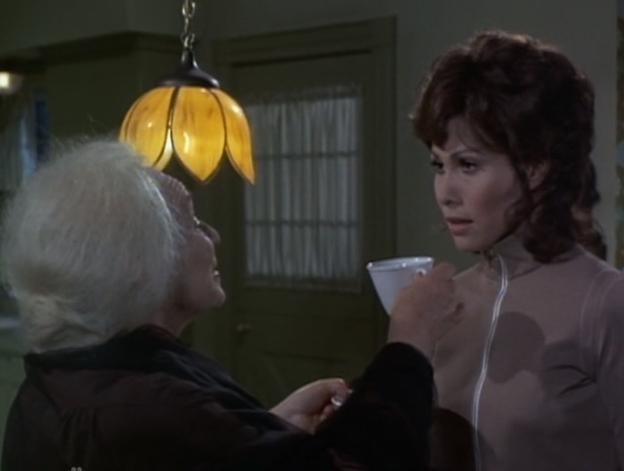 The weed is employed by the aging witch who has used up her present body to facilitate her entry into the new, young body she has chosen for herself. #GalleryQuotes #NGS2E3, “Since Aunt Ada Came to Stay” (Night-Gallery) Michelle Lee

The man I knew, my dad, was nothing like the black and white image walking across the MGM soundstage… #my lampshade, guitar and I don’t know where he got the rest of the outfit. Anne Serling, excerpted from “AS I KNEW HIM: My Dad Rod Serling”

Here ya go. Your weekly respite into the world of famous and sometimes infamous quotes from a variety of personalities. Any one of these could prove motivation for that ad you’re working on, tweak your imagination, inspire you or just plain bring a smile to your face.

Did you ever wonder if Charlie Brown ever felt like he was living in The Twilight Zone or if Snoopy ever wanted to remodel his doghouse from a Frank Lloyd Wright design?

It’s Friday. Have some fun. Enjoy!!

The writer broadens, becomes more observant, more tempered, wiser… It  is not something that is injected into him by a needle…  It doesn’t  work that way. It’s a tedious, tough, frustrating process, but never,  ever be put aside by the fact that it’s hard.– Rod Serling

The scientist has marched in and taken the place of the poet. But one day somebody will find the solution to the problems of the world and remember, it will be a poet, not a scientist. – Frank Lloyd Wright

It is better to fail in originality than to succeed in imitation. –        Herman Melville

There is a muse. But he’s not going to come fluttering down into your writing room and scatter creative fairy-dust all over your typewriter or computer station. He lives in the ground. He’s a basement guy. You have to descend to his level, and once you get down there, you have to furnish an apartment for him to live in. You have to do all the grunt labor, in other words, while the muse sits and smokes cigars and admires his bowling trophies and pretends to ignore you. –                Stephen King

Your work is going to fill a large part of your life, and the only way to be truly satisfied is to do what you believe is great work. And the only way to do great work is to love what you do. If you haven’t found it yet, keep looking. Don’t settle. As with all matters of the heart, you’ll know when you find it.– Steve Jobs

Own only what you can always carry with you: know languages, know countries, know people. Let your memory be your travel bag. -                Aleksandr Solzhenitsyn

American Luxury Magazine (from which you can view additional photos) recently sent out an e-newsletter featuring a variety of super-luxurious items. Among them was a select group of photographs featuring Steve Jobs’ yacht. Yet again, creativity and innovation done the Apple way.

A 256-foot yacht designed for the late Steve Jobs was captured in numerous photographs as it sailed in to the British Virgin Islands.

The yacht, called Venus, was designed by Philippe Starck. Jobs reportedly commissioned the building of the yacht after sailing on his friend Larry Ellison’s Yacht. The yacht was not finished until 2012, nearly a full year after Jobs’ passing.

The yacht has six bedrooms and features high-tech automation systems. The exterior is crafted from aluminum and steel and looks strikingly similar to an Apple product.