Don’t Let It Kill Yours!

How would a “productive day” compare to a “creative day”? What would, if anything, they have in common? Chances are not much.  One might think a productive day would be closely aligned with scratching off items on a to-do list. On the other hand, someone’s idea of a creative day might not even have a to-do list. 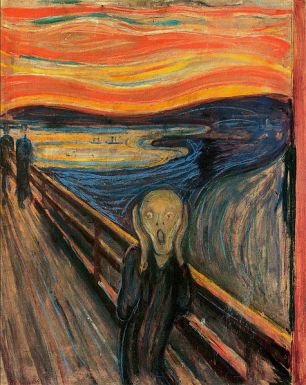 Our current work world is obsessed with productivity. We are inundated with books, articles, white papers, to time block this and time block that; all just to do more work. But our relentless quest to be productive is undermining one of the most important abilities in today’s workplace: creativity. What of the future, though? Will machine learning and artificial intelligence perform the routine aspects of our work at the expense of our ingenuity and creativity?

So how do we create the right conditions for creativity, particularly when we are trying to deal with a to-do list?

Consider this comment from screenwriter Aaron Sorkin (the mastermind behind the television show West Wing and films like Moneyball and The Social Network). He told The Hollywood Reporter that he takes six showers a day. “I’m not a germaphobe,” he explains but when his writing isn’t going well, he’ll shower, change into new clothes, and start again. Sorkin’s trade relies on him minting something fresh on a regular basis. And it occurred to him that his best thoughts were not happening in moments of fevered concentration, but when he was in the shower. So he had a shower installed in the corner of his office and makes regular use of it. He has described the process as “a do-over” for triggering original ideas.

In 1939, James Webb Young, a Madison Avenue advertising executive, wrote a definitive guide to the process of creativity, A Technique for Producing Ideas. In this short book, Webb Young reminds us, “that an idea is nothing more nor less than a new combination of old elements.” In his view, the skill of creativity is the ability to spot new connections between familiar thoughts, and the art is “the ability to see [new] relationships.”

Fifty years later, Steve Jobs observed something similar: “Creativity is just connecting things. When you ask creative people how they did something, they feel a little guilty because they didn’t really do it, they just saw something. It seemed obvious to them after a while. That’s because they were able to connect experiences they’ve had and synthesize new things.”

Webb Young also lays out a remarkably simple technique for creative thought. It involves stimulation.First, gather raw materials as stimulus. Draw together provocations and thought starters related to your area of interest. He cautions that this is often systematic, laborious, and rather unrewarding. When thinking of blog topics, I like to look for interesting articles and immerse myself in other people’s perspectives. This, in turn, gives me an alternative vision of what I want to say and share.

Next, mentally digest the raw material. Webb Young proposes filling in small index cards with notes and seeking to draw connections between the elements, like solving a puzzle. He then suggests shuffling between the physical cards looking for connections. 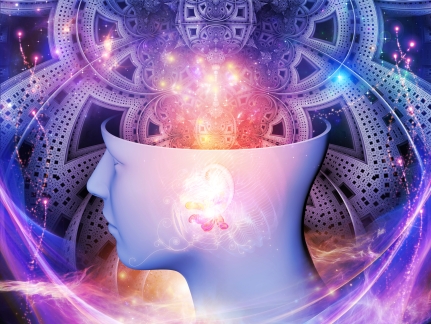 “Diversity of the Mind” Thanks to iStock Photo

An alternative way to help stimulate the mind in seeking connections is to come up with a very simple but specific question. On separate Post It notes, write down one thought that could serve as an answer. Keep the thought to only a few words and try and come up with as many new thoughts as possible in a timed, short period of time. Then, group those thoughts that are similar and then select the top five or so until you have one left.

The final stage of his methodology is simply to do nothing. Webb Young urges us to find a way to disengage the mind to allow unconscious processing: “You drop the whole subject and put the problem out of your mind as completely as you can,” and then “turn to whatever stimulates your imagination and emotions.” Webb Young says that having done the (often frustrating) preparation work, “out of nowhere the idea will appear.”At times, this process could be referred to as day dreaming.

Our best ideas do seem to approach us in moments of disengagement. Recent history gives us plenty of examples of inspiration striking creators when they were on vacation. Lin Manuel Miranda said he was struck by the idea of the billion dollar musical, Hamilton, as he was trying to unwind on a beach in Mexico. Kevin Systrom, the creator of Instagram, also found himself strolling on a Mexican beach when inspiration struck him for the app. This phenomenon of observing one’s best aha moments while on downtime is further evidence that creativity is usually triggered not by deep, productive focus, but by a mental state or relaxation and play when it’s not being forced.

Wanting to optimize our own productivity while we truly value the originality of creative thought, then it’s time to recognize that productivity and creativity often exist in opposition to one another. Productivity is focus, creativity is “unfocus.”

If your work day looks like little more than a series of meetings and emails, you might ask yourself: Where is my moment for thought? Walk away from everything and do nothing, even on your commute home. Have a moment every day where you’re trying to achieve nothing. Who knows what you might be able to accomplish!

This blog is based in part on Bruce Daisley’s work from the Harvard Business Review. Bruce Daisley was previously Vice President across Europe, Middle East and Africa for Twitter. He is the author of EAT SLEEP WORK REPEAT: 30 Hacks For Bringing Joy To Your Job (HarperOne; February 2020).