The Man. The Mind. The Mentor.

The Dad. The Television Star.

The Host. The Creator. 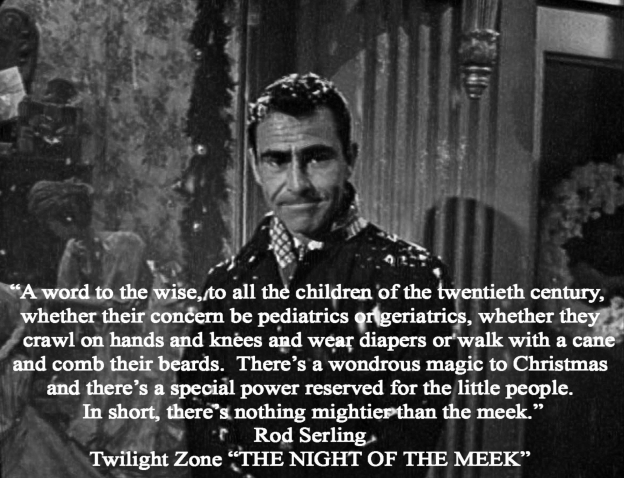 “Christmas is more than barging up and down department store aisles and pushing people out of the way. Christmas is another thing finer than that. Richer, finer, truer, and it should come with patience and love, charity, compassion.”

“Somewhere between apathy and anarchy lies the thinking human being.”

“Violence does not spring from a vacuum. It’s born out of other men’s violence. It gets nurtured and it grows in a soil of prejudice and of hate and of bigotry.”

“Every writer is a frustrated actor who recites his lines in the hidden auditorium of his skull.” 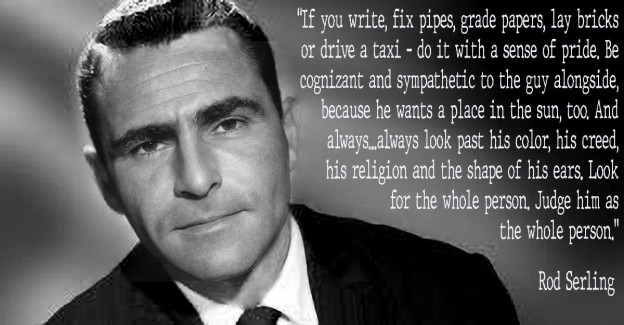 “A basic ‘must’ for every writer. A simple solitude– physical and mental.” ~ AS I KNEW HIM: My Dad Rod Serling

“More than a man has died…More than a gallant young President has been put to death. What has been assassinated is a faith in ourselves. What has been murdered-a belief in our decency, our capacity to love, our sense of order and logic and civilized decorum.”

“Our greatest responsibility is not to be pencils of the past…”

“This is what I learned at Antioch-when something was wrong, I could get up on my own two feet and make comment on it… I think the idea of questioning is not only a right, it is a responsibility.” 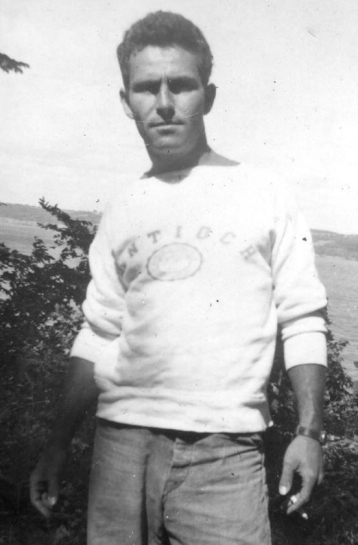 “Remember that your salvation is in your capacity for human warmth–in that remarkable propensity for love.”

“I found that it was all right to have Martians saying things Democrats and Republicans could never say.”

My dad said in a final interview, “I’d like to write something that my peers, my colleagues, my fellow writers would find a source of respect. I’d rather win a Writer’s Guild award than almost anything…”

“No moral, no message, no prophetic tract, just a simple statement of fact: for civilization to survive, the human race has to remain civilized. Tonight’s very small exercise in logic from the Twilight Zone.” –             The Shelter 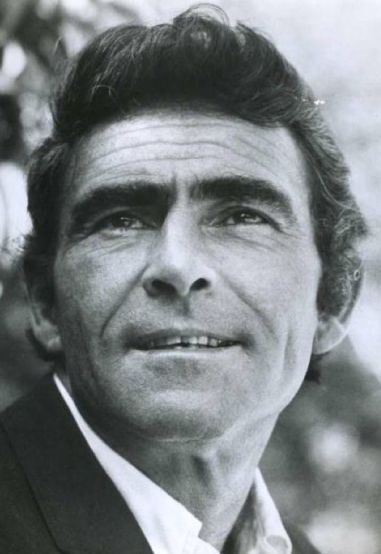 Rod left us way too soon. Not surprisingly, he is still today someone we look up to, someone we admire. From The Twilight Zone to the Night Gallery, he put his imagination on display for millions of fans.

As a writer myself, I’ve often wondered what kind of morbid, macabre mysteries would have come alive if Rod Serling and Edgar Allan Poe had lived in the same century. Deaths-Head Revisited, Murders in the Rue Morgue, The Monsters Are Due on Maple Street,  Annabel Lee, A Stop at Willoughby, The Fall of the House of Usher, Nightmare at 20,000 Feet and, of course, The Raven.

All that we see or seem is but a dream within a dream. Because this, you see, is the Twilight Zone. Quoth the raven, “Nevermore!”